Hand in Hand is an ambitious project of building rapport and extending the circle of friendship to include two often misunderstood groups of people – police officers and young adults. This project is the brainchild of Quincy native and visionary artist Michael Dowling. For over 22 years, he has spearheaded the well respected non-profit organization called Medicine Wheel Productions as its founder and artistic director. Mr. Dowling’s commitment to the positive transformation of troubled youths through art and community building has won him extensive recognition.

Michael Indresano, a board member of Medicine Wheel, did not hesitate to create a powerful video documentary that celebrates commonality and inclusion, further addressing hot-button social/racial issues that dominate our national conversation today.

Filming the the video took place for a few months and required countless hours of post production. Michael and his team were instrumental in organizing all the interviews, documenting the workshops through video, photographing the portraits, editing the footage together, and acted as technical consultant to all matters relating to video and photo. The video creation process started with a dedicated team of professionals bringing together their diverse skill set and industry know-how into conceptualizing a story. Many hours of brainstorming took place at our 33 A Street studio in South Boston. Michael Indresano led the team as director overseeing the entire creative process. With over 22 years of award-winning photography expertise, he is no stranger to the world of visual story telling. A true seasoned professional and master of detail, Michael directed the camera crew and lighting technicians with precise angles and adjustments; infusing every shot with a consistent degree of thought, emotion, and impact, further driving the message with vigor and determined vision. 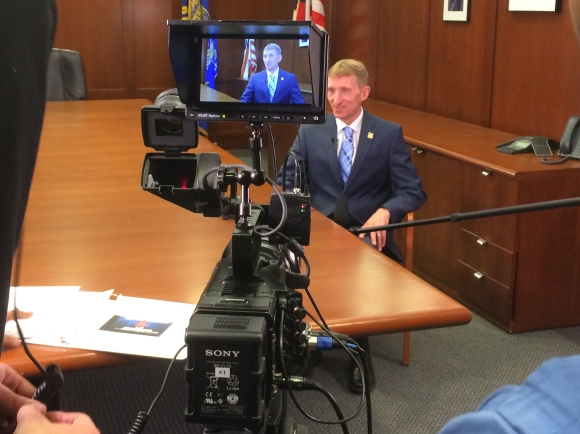 Boston Police Commissioner William Evans sits down with us for an interview. Chairman of the Board of Directors at Medicine Wheel Mark McGonagle addresses some of the finer points. 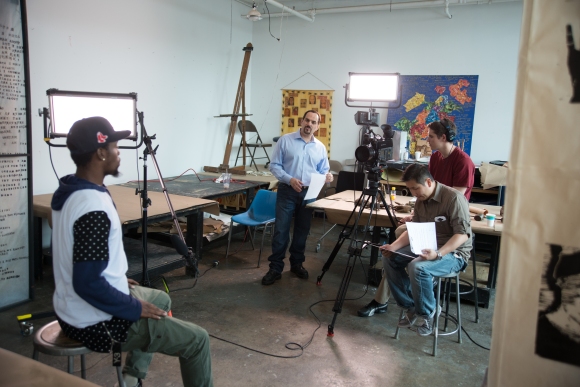